There’ll Always Be An England
Live From Brixton Academy 2007

Scroll down for Trailer and Stills etc…

To document the Sex Pistols run of five sold-out nights at London’s, Brixton Academy the band enlisted director Julien Temple (The Filth and The Fury & The Swindle) along with ‘Never Mind The Bollocks’ producer Chris Thomas. The DVD was filmed in High-Definition and recorded in 5.1 Surround Sound.

‘There’ll Always Be an England’ – named after Vera Lynn’s stirring intro music – was recorded on Saturday, November 10th and captures the energy and excitement of the band and the crowd. The whole of the classic ‘Never Mind The Bollocks’ album is performed, together with a mixture Pistols cover versions, b-sides and even an impromptu crowd sing-along of ‘I Do Like To Be Beside the Seaside’. This could only ever be the Sex Pistols.

‘The Knowledge’ – specially filmed to complement the live concert – is the Pistols guide to London. Steve and Paul re-visit old haunts such as the Denmark Street and South West London. Glen takes us to the 100 Club and St Martins College. And Mr Rotten gives us an open-top bus ride through the streets of London; stopping off in Finsbury Park along the way. The film is mixed with behind-the-scene clips from the Brixton shows and rare archive Pistols footage.

The DVD is set for release in the UK via FremantleMedia Enterprises on June 30th 2008, with a US release following on October 14th via Rhino (in association with Fremantle). To coincide with the US release Rhino Records re-issue the US LP edition of the legendary ‘Never Mind The Bollocks, Here’s The Sex Pistols’ on 180-gram vinyl on Tuesday, October 21st 2008.

Julien Temple: “This film is about the unique electricity between the Sex Pistols and their audience. The amazing cross section of the crowd at a Pistols gig is like no other, and the Brixton shows last year brought the band to a whole new generation as well as to those that have been there from the very beginning. There’ll Always Be An England documents a unique band in every sense.”

John Lydon: “Buy one get one for the same price as one.”

Tracks:
There’ll Always Be An England (intro)
Pretty Vacant
Seventeen
No Feelings
New York
Did You No Wrong
Liar
Beside the Seaside
Holidays in the Sun
Submission
(I’m Not Your) Stepping Stone
No Fun
Problems
God Save the Queen
EMI
Bodies
Anarchy in the UK
Road Runner (bonus track, accessed via ‘Set-List’ menu) 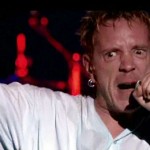 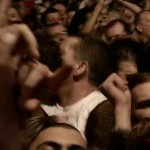 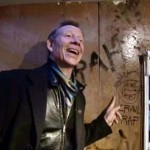 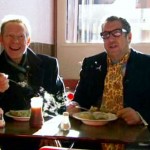 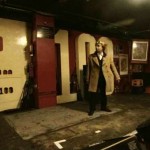 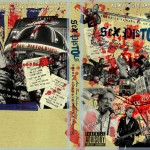 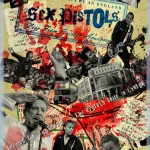