The Sex Pistols debut 7″ single released on EMI Records in November 1976. Despite being banned from radio and receiving many negative reviews the record reached Number 38 in the UK charts before being withdrawn by the record company.

EMI decided to withdraw the single after the media furore of the band’s appearance on the ‘Today’ show; where interviewer Bill Grundy goaded the Pistols into swearing live on early evening TV. By January 1977 EMI had buckled to internal pressure and sacked the Sex Pistols. Honouring their £40,000 contract in full.

Now widely regarded as the definitive punk anthem it is important to understand the impact the single had on its release and remember the subject matter. ‘Anarchy in the UK’ sounded like nothing that had came before and unleashed the Pistols to a wider audience. An audience probably more used to chart toppers like Showaddywaddy and Abba! Things would never be the same again…

B-side ‘I Wanna Be Me‘ does not feature on the ‘Never Mind The Bollocks’ album, but was previously available on the ‘Kiss This’ compilation CD and Sex Pistols 3 CD Box Set. It is now available on ‘The Great Rock n Roll Swindle’ CD.

The single was released on 7″ only, and originally issued in a plain black sleeve, before being reissued in a standard EMI sleeve after initial copies mis-credited production of the b-side to Chris Thomas instead of Dave Goodman.

Virgin Records re-issued Anarchy in the UK in various formats in 1983 and 1992. The 7″ single was re-issued in its original form as part of the limited edition Virgin 2007 vinyl re-issue series. A picture disc version was released in 2012 by Universal. 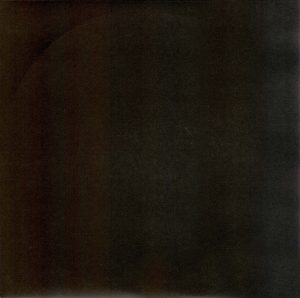