The strictly limited edition vinyl replica’s have been cut from the original studio production masters. Analogue. Not digital. They are as close as humanly possible to what they were meant to sound like 30 years ago. Warts and all! The iconic artwork is featured in all its matt glory; and has been carefully reproduced from the originals. They look the business and sound the bollocks.

With the exception of legally required barcodes, the only real difference between the replica’s and the original’s are arguably necessary improvements: Heavy-weight paper sleeves and heavy-duty 180g vinyl. The trainspotter’s can play spot the difference all they like, the rest of us can just enjoy them. As Mr Rotten said on Capital Radio back in 1977, “Music is for listening to, not storing away in a bloody cupboard…”

Ok, you know these songs. You most likely already own these songs; possibly several times! Why should you buy them again? Well, no one is forcing you, but it’s simple. This is the Sex Pistols on vinyl. It’s how it’s meant to be. CD’s can be great, but it’s just not the same is it? If you want to hear music properly, vinyl is the only way to do it.

Give them a blast loud and proud. This is the Sex Pistols. It’s far more than trainspotter nostalgia. 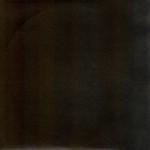 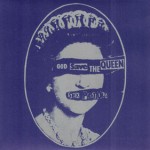 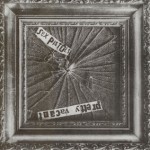 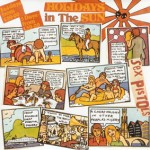 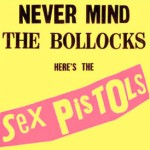 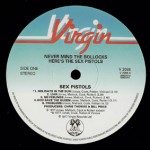 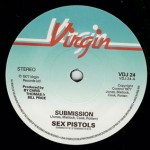 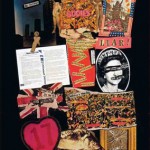 Due to (mis)management shenanigans against the record company ‘Never Mind The Bollocks, Here’s The Sex Pistols’ got its first release in France, via Barclay Records, shortly before it was due to be released in the UK by Virgin. To help counteract the French import it was decided to bring forward the UK release by one week to October 28th 1977.

The band also insisted that a 12th track was now added to the album, ‘Submission’. (Very apt. As it was written as a backhanded piss-take of the management). An estimated 50,000 copies of ‘NMTB’ had already been pressed without ‘Submission’ so it was decided to insert the track as a free 7” single (along with a fold-out ‘Never Mind The Bollocks’ collage poster).

The album was then immediately repressed with ‘Submission’ added to the tracklisting; and has remained unchanged ever since… UNTIL NOW! 30 years almost to the day ‘NMTB’ is back the way it was, if only for a limited time…

Never Mind The Bollocks… Here IS The Sex Pistols

October 21st 2008 Update: Rhino Records in the USA have released a vinyl replica of the US edition of ‘Never Mind The Bollocks’. The US (& Canadian) version of the album – originally released by Warner Brothers Records, November 11th 1977 – was issued with pink/green artwork different to the UK version and included a wraparound paper inner sleeve. It also had a slightly altered running order with ‘God Save The Queen’ and ‘Problems’ swapped. The pink/green artwork first appeared on the original French Barclay Records release.

Please Note: The vinyl replica’s are UK releases only, however, a small amount will be made available for export to Europe and Japan. Unfortunately, they will not be released in North America (see update above).