Post-Rotten soundtrack album for the film of the same name. Originally issued in February 1979 over a year prior to the cinema release in May 1980. A selection of single’s were also released from the album 1978-80.

“The Swindle” was former manager Malcolm McLaren’s fictionalised satire of the Sex Pistols story, filmed after John Rotten’s departure from the band in 1978; and without his participation. Steve Jones, Sid Vicious, Ronnie Biggs, Malcolm McLaren and Tadpole Tudor are among the vocalists on the album. The album also includes rehearsal cover versions with John Rotten dating back to 1976.

Originally issued as a double LP, but also reissued the following year as an edited down single album. ‘The Great Rock n Roll Swindle’ has since been reissued countless times. Initial editions had a slightly different running order/track listing, and rear sleeve.

Includes the odd nugget, but be warned, this is a very different Sex Pistols to the band with John Rotten. 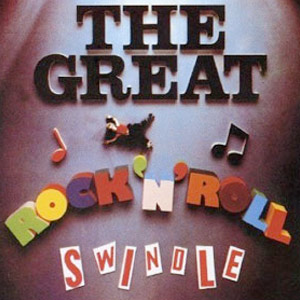